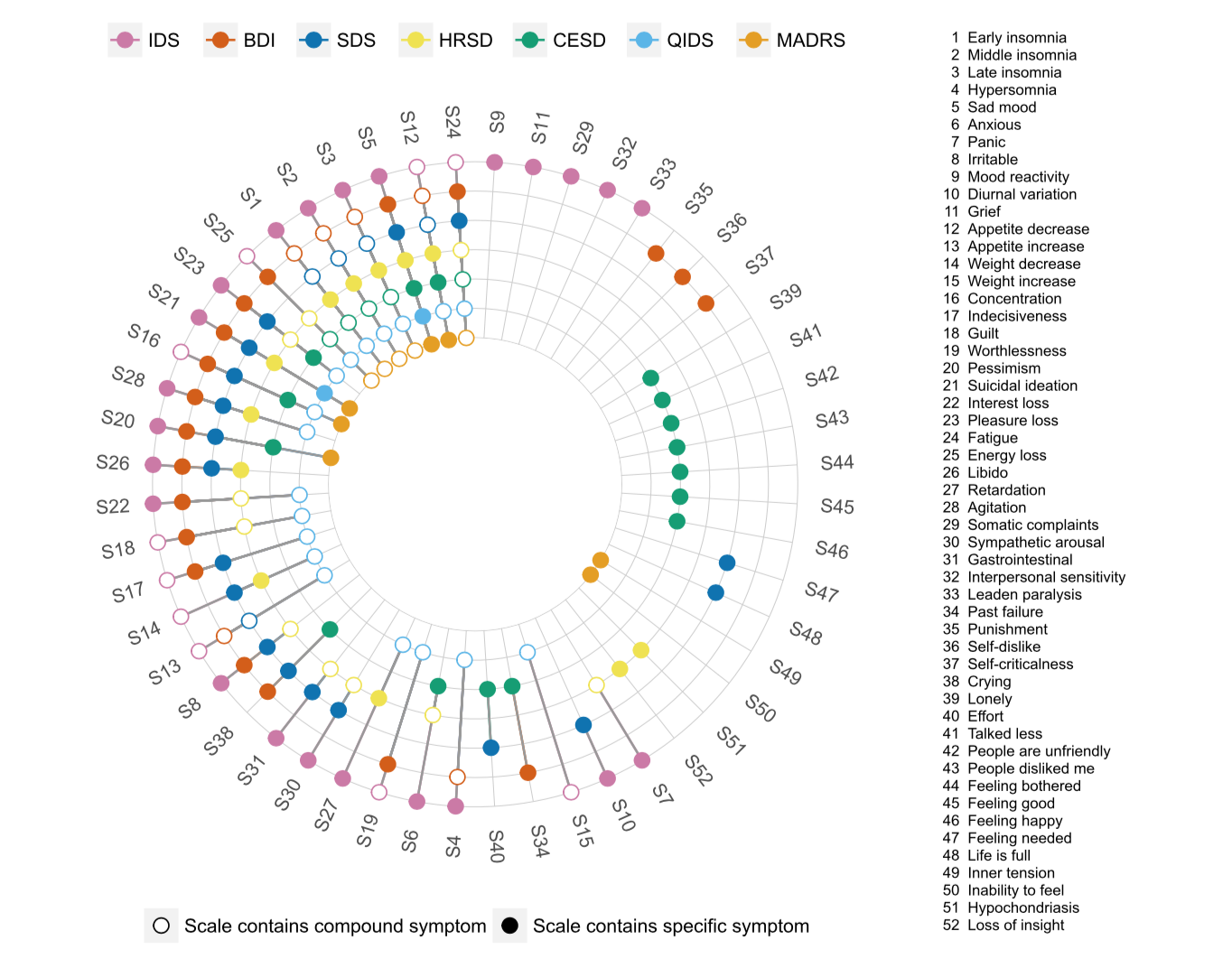 How can we treat depression?

I regularly read an article that I enjoy reading and that I find relevant for psychotherapy. I summarize it and discuss how I see it as relevant for clients on my blog. Do you have questions, comments, or suggestions for other articles to read? Leave a comment below the post.

Discussion of The 52 symptoms of major depression: Lack of content overlap among seven common depression scales

Although there are numerous studies on depression, understanding what it is exactly may well be more complicated. This month I discuss an article by Dr. Eiko I. Fried, in which he shows that there is a great disparity between the 7 most commonly used depression scales in scientific studies. His conclusion is that these scales are in fact not measuring the same thing, which means that conclusions drawn so far about effective treatments for depression might be questionable. The impact of this research is that different clients with different types of depression may not benefit from the same drug and psychotherapeutic treatments. For me as a therapist, it adds an important perspective on the future of depression research and treatments.

The 52 Symptoms of Major Depression

In his article The 52 symptoms of major depression: Lack of content overlap among seven common depression scales, Dr. Fried found that the 7 most commonly used scales in the depression literature have a very low level of similarity with respect to their content. 40% of the symptoms appear in only one scale (e.g.: the symptom somatic complaints appears only in the Inventory for Depressive Symptomatology while the symptom life is full appears only in the Zung Self-Rating Depression Scale). Of the 52 symptoms, sad mood is the only common symptom directly asked in all 7 scales. There are other 5 symptoms in common among all the scales, but those are asked directly in some scales (e.g., the Hamilton Depression Rating Scale asks about early insomnia, middle insomnia and insomnia in early hours in the morning) and indirectly in others (e.g., the Beck Depression Inventory asks about sleep disturbed).

Dr. Fried proposes that it is necessary to develop different types of scales, in which it is possible to measure a wide variety of symptoms in much more detail, by having for example many questions for each symptom. His opinion is that the goal of such scales should be to measure symptoms and not a single, overarching construct, such as depression. The idea is that by improving our understanding of symptoms, we would be better able to treat symptoms specifically. Since symptoms of depression can vary according to each person, treatments based on targeting specific symptoms can potentially prove to be more effective than those based on an understanding of depression as a single construct.

Implications for clients I see in therapy

In my clinical practice I try to keep myself updated with a new direction of research to understand psychopathology called Network Analysis (work very much aligned with Dr. Fried’s research). Research on Network Analysis seeks to understand how mental health issues emerge, maintain themselves, and cease by looking at how symptoms relate to each other. Within Network Analysis, the interaction of symptoms are understood to cause the disorder. This is very different than in traditional research, where disorders are identified to have an often invisible common cause (e.g., a genetic one), which may or may not be unrelated to the symptoms.

From the Network Analysis perspective, in order to be more effective, clinical interventions should target directly the main symptoms causing disorders. The idea is that we can significantly improve treatments if we are able to identify symptoms that are more prone to activate other symptoms (e.g., worry causing insomnia). If therapists know for example that “worry” is a central symptom, by working directly on this specific symptom they are better able to interrupt or weaken a cascade effect of other symptoms arising from worry.

Identifying the main symptom is one element; researchers working on Network Analysis are also interested in making a bridge between different disorders. As the occurrence of multiple disorders occuring at the same time happens frequently (such as depression and anxiety), researchers in this field are interested in identifying which of the symptoms present the strongest link between them. For therapists, this finding would allow us to better target symptoms that are responsible for maintaining other disorders. This may let therapists even prevent the onset of other disorders.

Limitations in Applying the Study to Therapy and Conclusion

Dr. Fried’s line of research is relatively new. It will therefore still require time to obtain successful treatment for therapists like me. The “traditional” way of conducting research on depression remains the basis of clinical interventions. At present, the best way for a therapist to deal with this conundrum is that I have to be aware of the limitation of traditional approaches; depression cannot be brought back to a single factor. Different clients may benefit more from different interventions depending on which symptoms they present. By understanding that symptoms are very likely reinforcing each other, this may influence the priority I decide to give to helping the client deal with certain symptoms when defining the treatment goals with my clients. I can then better help my clients understand why I believe we should choose to focus on specific symptoms among many others that are causing problems in their lives. In the end, it will likely require psychotherapeutic approaches to revise their protocols in the very near future to treat clients with depressive symptoms.